Back to News
Summer 2022 Park Report 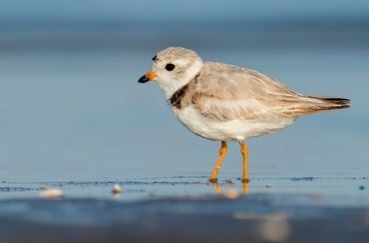 Another busy summer season has come and gone, it feels like just yesterday that we were hiring and preparing for the summer season. This summer was another busy one for the park, we continue to see an increase in both camping and day use visitation compared to pre-pandemic numbers.

The fall camping season has been extended this year again and the campgrounds will be open until October 31st allowing for lots of time for some fall camping. Fall is one of my favourite times to camp because there are less bugs and the park is also quieter, especially on weekdays.

This summer brought the return of regular Discovery programming as well as the return of our many special event weekends. Visitors were eager to return to programming and most programs were well attended. This summer we offered 110 programs to over 7000 visitors. This summer saw the return of our annual History Weekend, this annual weekend filled with multiple history themed events was started 30 years ago in the summer of 1992. This year the weekend focused on activities and events from the last 100 years to celebrate the 100th anniversary of Presqu’ile Park.

The Lighthouse Interpretive Centre reopened for a full daily schedule this summer after two years of limited hours. Over 15 000 visitors came through the Lighthouse Centre, down slightly from 2019 numbers.

Piping Plovers, an endangered shorebird, returned to breed at Presqu’ile this summer, the first time since 2016! Saga and Darling had a successful season as first-time plover-parents, bringing three new plovers into the world! Thank you to all park visitors who gave the plovers their space and followed our beach policies. Thank you also to the volunteers who helped monitor the plovers and educated fellow beachgoers about these rare shorebirds.

Copyright © 2022, The Friends of Presqu'ile Park. All rights reserved.
Site Designed By / Site Powered By OSM