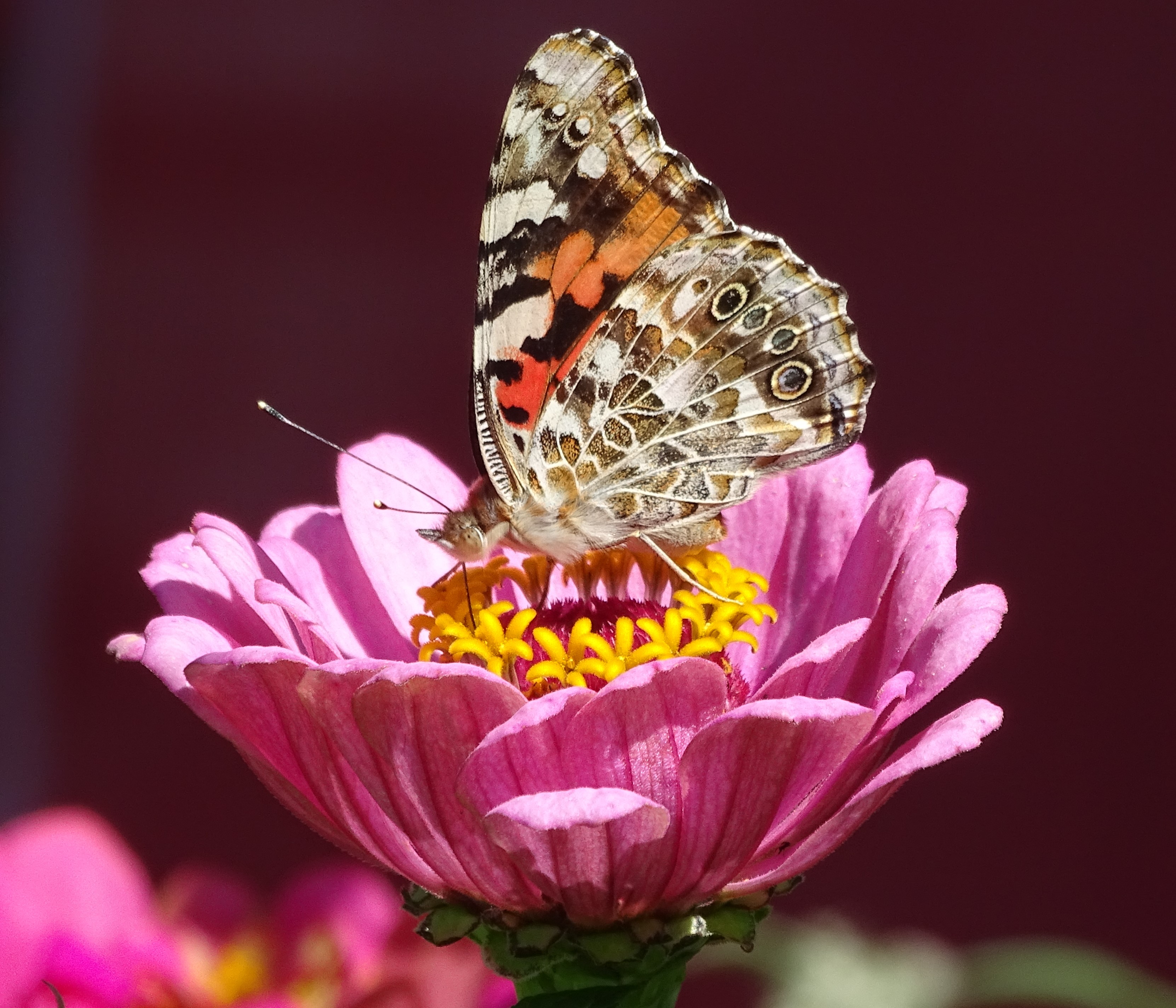 If there is one group of insects that have an universal appeal it is the butterflies. Butterflies have been well studied at Presqu'ile, over 70 species have been recorded by park naturalists. Each July park staff and volunteers conduct an annual butterfly survey throughout the park. If you are interested in volunteering with this annual survey contact the Chief Park Naturalist at 613-475-4324 ext 225.

The best locations to see butterflies are open field areas that are not mown and where flowering plants abound, particularly in late summer. These areas including the back of the day-use areas, calf pasture, open areas along Newcastle Trail and the area behind the Park Store.

Checklist of the Butterflies of Presqu'ile

Monarchs: Kings of the Butterfly World

Even more spectacular is the fall migration of monarch butterflies.  As with the bird migration, the peninsula tends to funnel the monarch butterfly migration as it winds along the shoreline of Lake Ontario.  As well, there is an abundance of flowering plants such as goldenrod and New England aster upon which these migrants can feed.

The last generation of monarchs that emerge in the fall are true migrants.  They have not yet developed the capacity to reproduce (and are said to be in a state of "reproductive diapause").  These monarchs will continue on their journey - heading to a few select sites in the mountains of Mexico. Occasionally, strong south-westerly winds and other factors will create a build-up of monarchs on the peninsula and slow down their progress.  On September 14th 1996, Owen Point vegetation was absolutely covered with monarch butterflies - many exhausted from trying to fly into the wind.  That day, it was estimated that there were at least 8000 monarch butterflies in the park. Some roosts in trees contained over 500 monarch butterflies.

To date, over 20,000 monarch butterflies have been tagged in the park.  Of these, 18 were later recovered over 3400 km. away at the overwintering sites of Central Mexico.  Others were recaptured along the way in many U.S. states, such as Florida, Louisiana, and Texas.  One was even found on an oil rig in the Gulf of Mexico, about 100 miles south of Galveston, Texas.

Much remains to be learned about the biology of the monarch butterfly - such as how it is able to make this remarkable trip to Mexico - a trip it has never made before.  So it is most fortunate that on August 2, 1996, that Canada, the United States, and Mexico signed an agreement for the protection and conservation of the monarch butterfly.

Copyright © 2022, The Friends of Presqu'ile Park. All rights reserved.
Site Designed By / Site Powered By OSM